Hundreds, possibly thousands of species of fungi inhabit Central Victoria's Box-Gum Grassy Woodlands and Derived Grasslands. Although rarely a focus of biodiversity management, fungi are vitally important to the health and resilience of these ecosystems.

Many fungi may be threatened by processes that have resulted in widespread destruction or deterioration of these woodlands, especially as they are now largely restricted to isolated remnants. While awareness of threatened plants and animals is increasing, fungi are still in need of greater focus to ensure their conservation.

Fortunately, these woodlands are now recognised in both State and National legislation, including the Flora and Fauna Guarantee Act 1998 and the Environment Protection and Biodiversity Conservation Act 2000. Various community programs are underway to maintain and restore woodlands on both private and public land.

One hundred fungal species from these woodlands have been recorded and documented by some enthusiastic mycophiles at the Wedderburn Conservation Management Network (WCMN). These are illustrated on the WCMN website.

The WCMN actively work towards conserving and enhancing the biodiversity of the Wedderburn area.
The area managed incorporates approximately 170,000 hectares between the townships of Wedderburn and Wychitella and comprises fragmented public land blocks and freehold properties important for conservation of Box-Ironbark forests and woodlands. This also includes Wychitella Nature Conservation Reserve and Kooyoora State Park as well as smaller areas supporting large remnant trees and rare native pastures.

In addition to various projects such as Box-Gum Grassy Woodlands revegetation, weed control and reconnecting remnant vegetation, the group has also had an active interest in fungi.  In conjunction with Parks Victoria the group has held several fungal ecology workshops in recent years and members have developed considerable skills in fungus identification. The group is setting a fantastic example of working towards including fungi in the conservation of biodiversity in the region.

A selection of species recorded in the Box-Gum Grassy Woodlands is shown below. 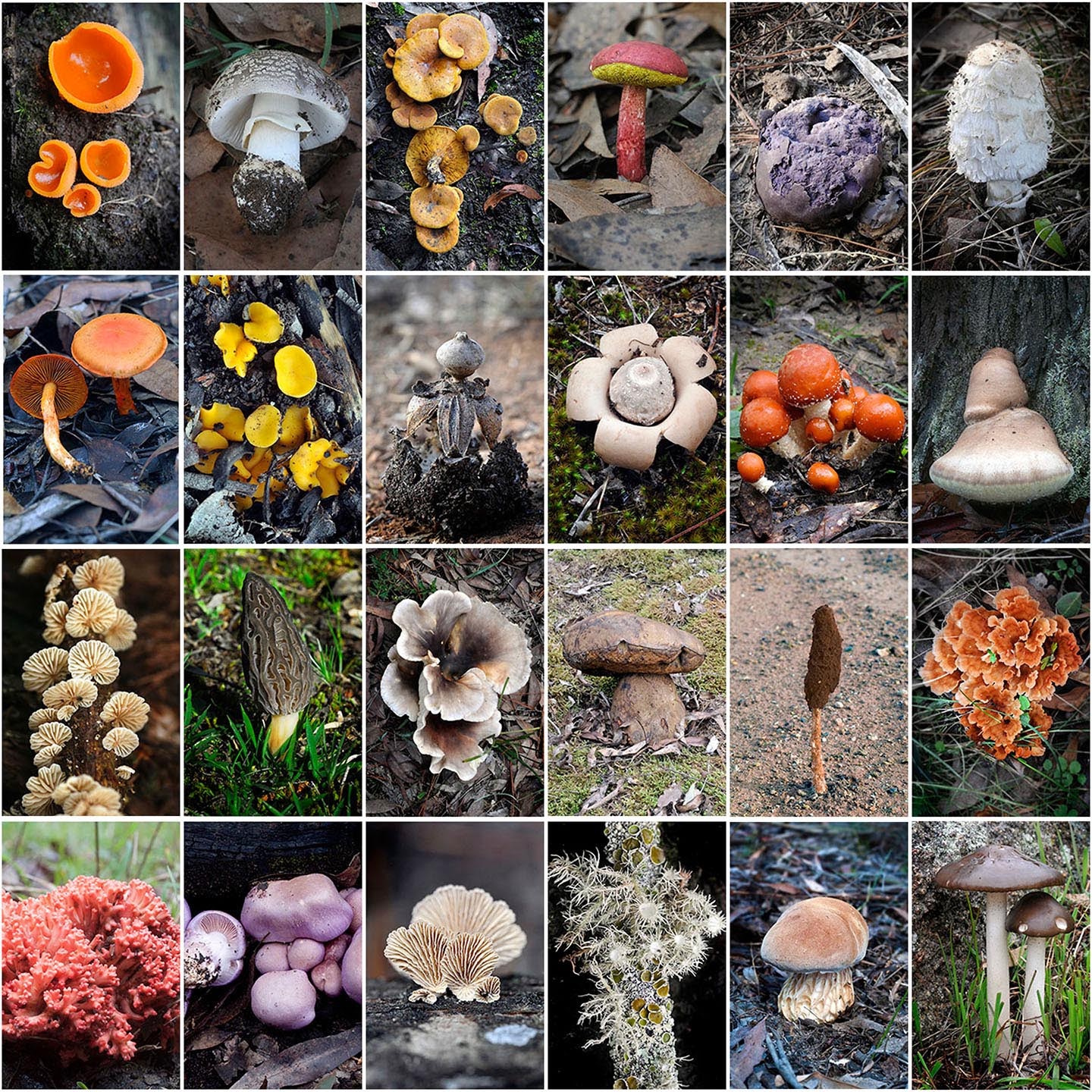 Our emphasis is on enjoying and learning about fungi and our focus is on macrofungi in the natural environment. Our mottos are 'Putting Australian fungi on the map' and 'Community based science in action'.